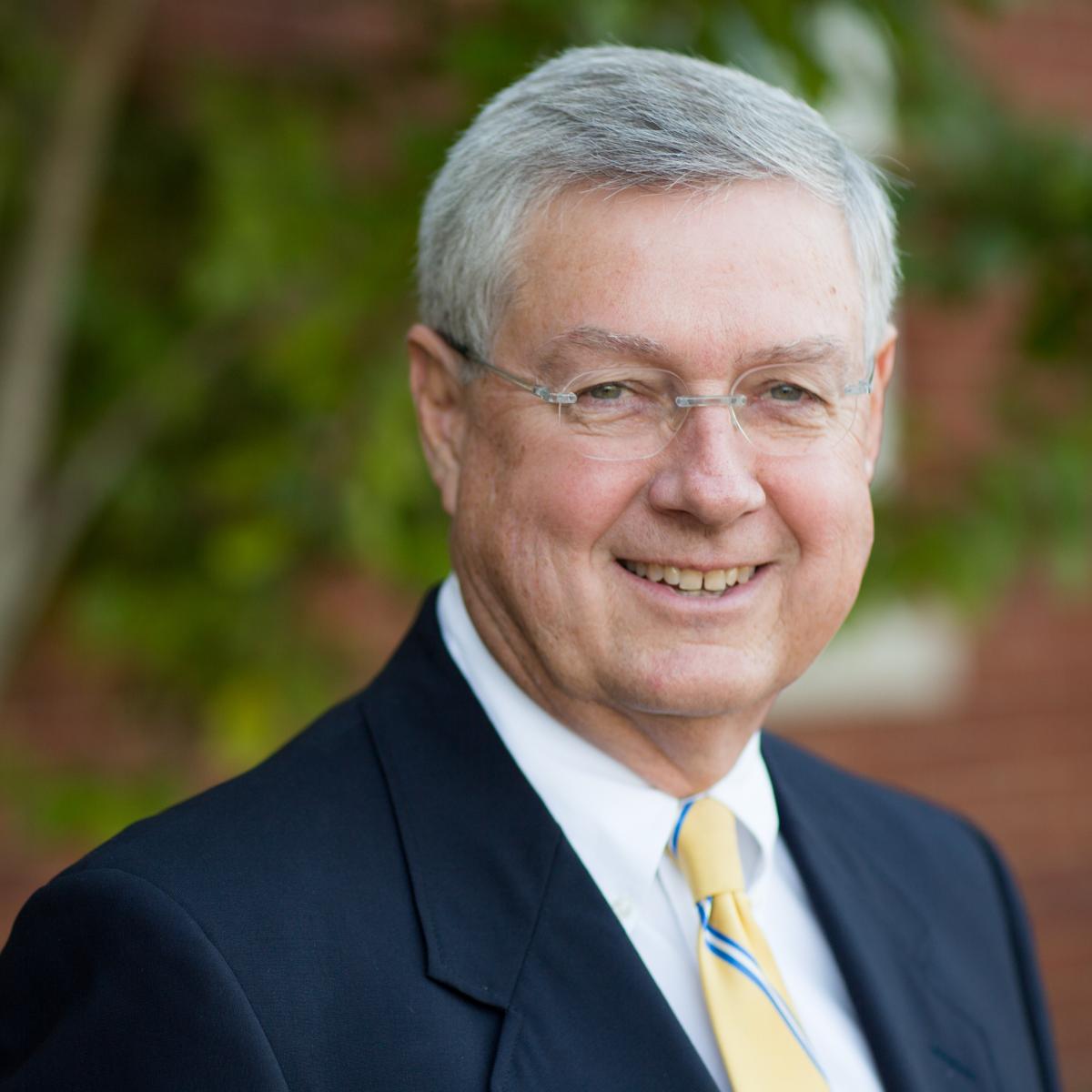 Frank Smith is a founder of Smith Shellnut, and serves as the company’s CEO.  Prior to the establishment of Smith Shellnut, Frank was Senior Executive Vice President with Sunburst Bank responsible for the Bank’s broker dealer subsidiary, mortgage company, trust department, finance company, and cash management division.  He also managed the bank’s $600 million investment portfolio and chaired its asset/liability management committee. He brings to the table expertise in fixed-income securities, such as municipal, U. S. government, and corporate bonds. Frank received a B.A. from Rollins College in Winter Park, Florida, with a double major in business administration and economics, and received an M.B.A. from Delta State University. He is also a graduate of the National School of Bank Investments at the University of Illinois and the School of Banking of the South at Louisiana State University. 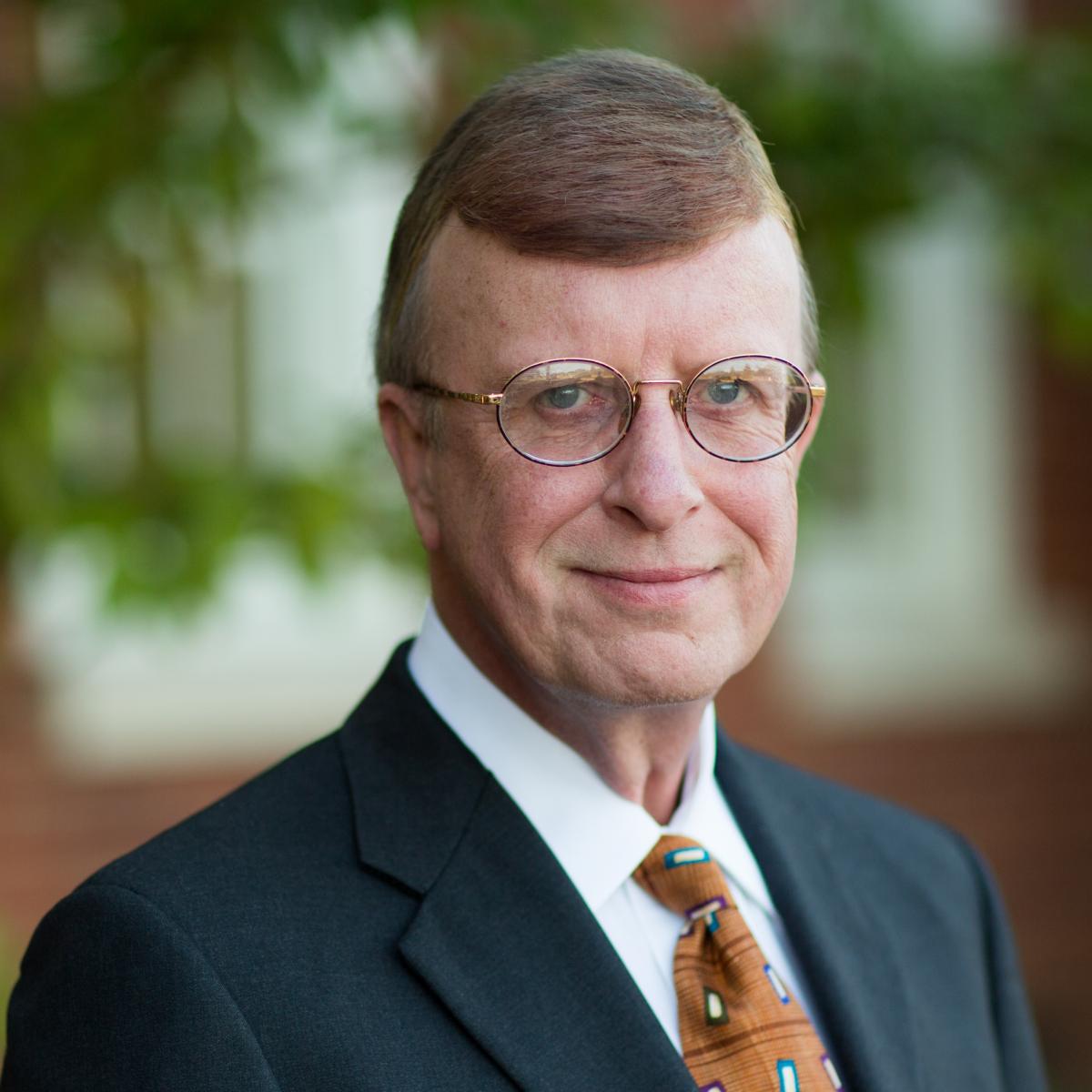 Ray Thompson joined Smith Shellnut in 2001 and manages the Investment Division of the firm. Ray began his banking career in 1976 with Deposit Guaranty National Bank. During his tenure there, he served in various capacities including corporate planning, commercial lending, deposit product development, and investment portfolio management. In 1998, when Deposit Guaranty was acquired by First American Corporation of Nashville, TN, Ray was Chief Investment Officer of Deposit Guaranty Corporation and Managing Director of the Asset Management Group. In that capacity, he managed a $4.3 billion trust division, a 40-person brokerage subsidiary, and a $1.7 billion mutual fund complex. Additionally, Ray was CEO of Deposit Guaranty’s Park South subsidiary, which provided investment advisory services to high net worth clientele. At First American, Ray was named Executive Vice President of the Investment Management Division, where he was the senior executive responsible for managing $10 billion in assets. Ray holds a B.A. degree from Cornell University, where he earned the distinction of Phi Beta Kappa, and a M.B.A. from Harvard University. 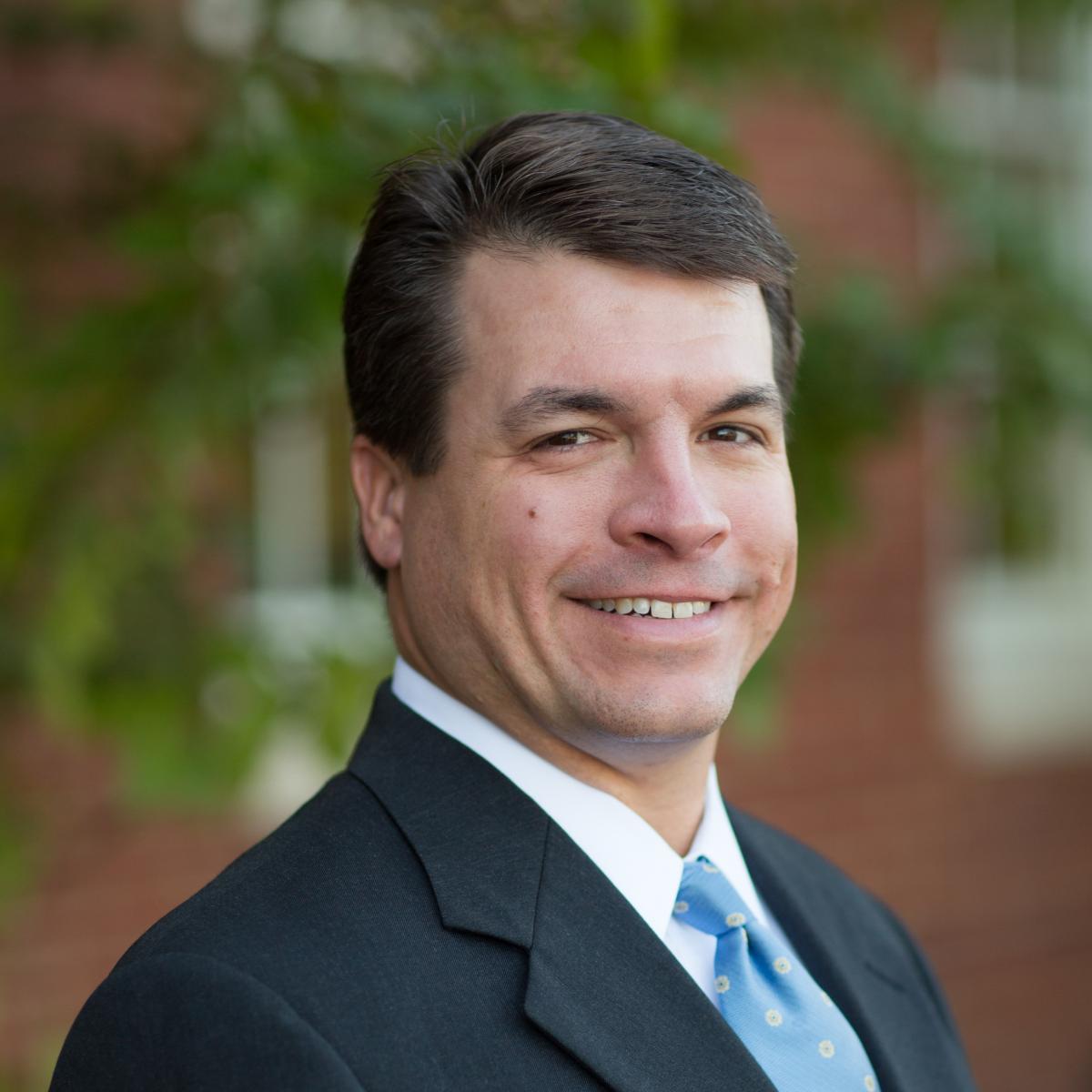 Will Johnson joined Smith Shellnut in 1995. He works in the Investment Division in both fixed income and equities and also serves on the Investment Committee.  With more than fifteen years’ experience in investment management, he has industry insight and portfolio management acumen which are a major benefit to Smith Shellnut’s clients.  Will is a graduate of Mississippi State University with a B.B.A. in Banking and Finance. 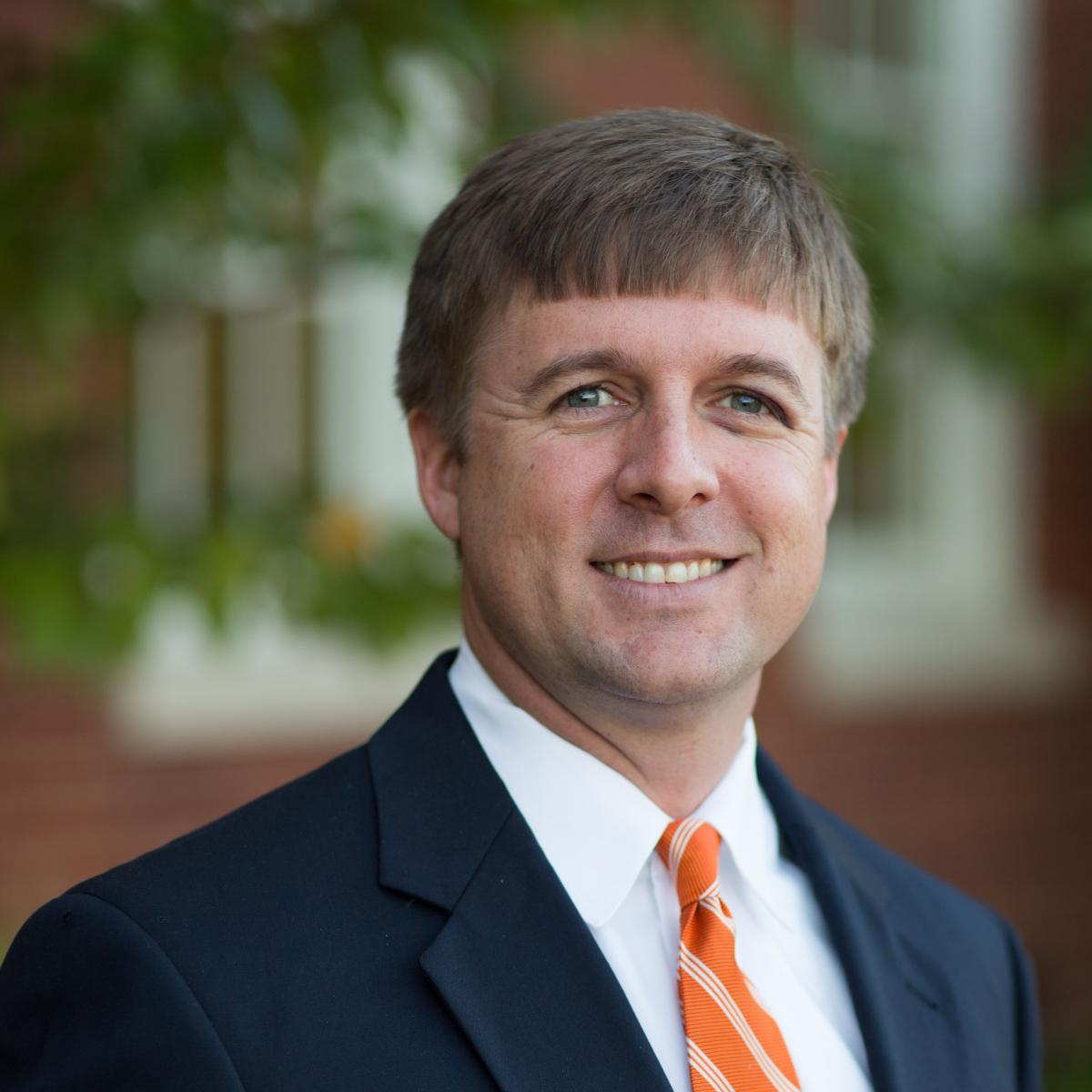 Frank serves as the Investment Manager for institutional bank portfolios. In this capacity, he is responsible for fixed-income analysis, strategy and trading. Further, he is responsible for developing investment plans and recommendations in response to clients’ individual needs. Frank serves on the Investment Committee considering both equity and fixed- income strategies for the company. Prior to joining Smith Shellnut in 2005, Frank worked as a Wealth Management Portfolio Analyst for BankPlus in Ridgeland, MS. He received his undergraduate degree from Delta State University and an M.B.A. from Millsaps College with a concentration in Finance and Marketing. In 2012 Frank earned his CFA designation. 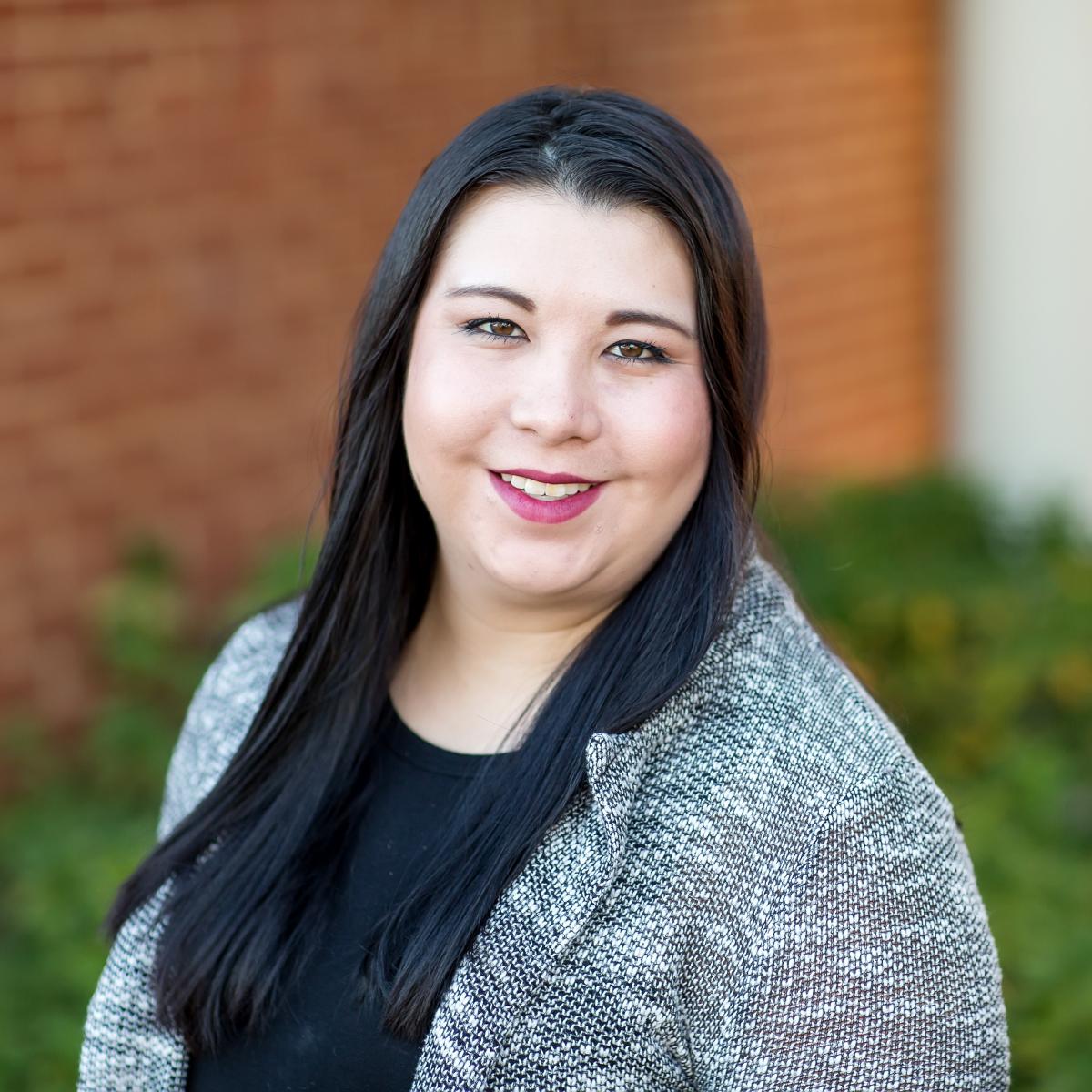 Mickey joined Smith Shellnut in April of 2017 and currently serves as an administrative assistant, providing front office and clerical support for the firm. Mickey has an undergraduate degree in Sports Administration and an M.B.A. from Belhaven University. 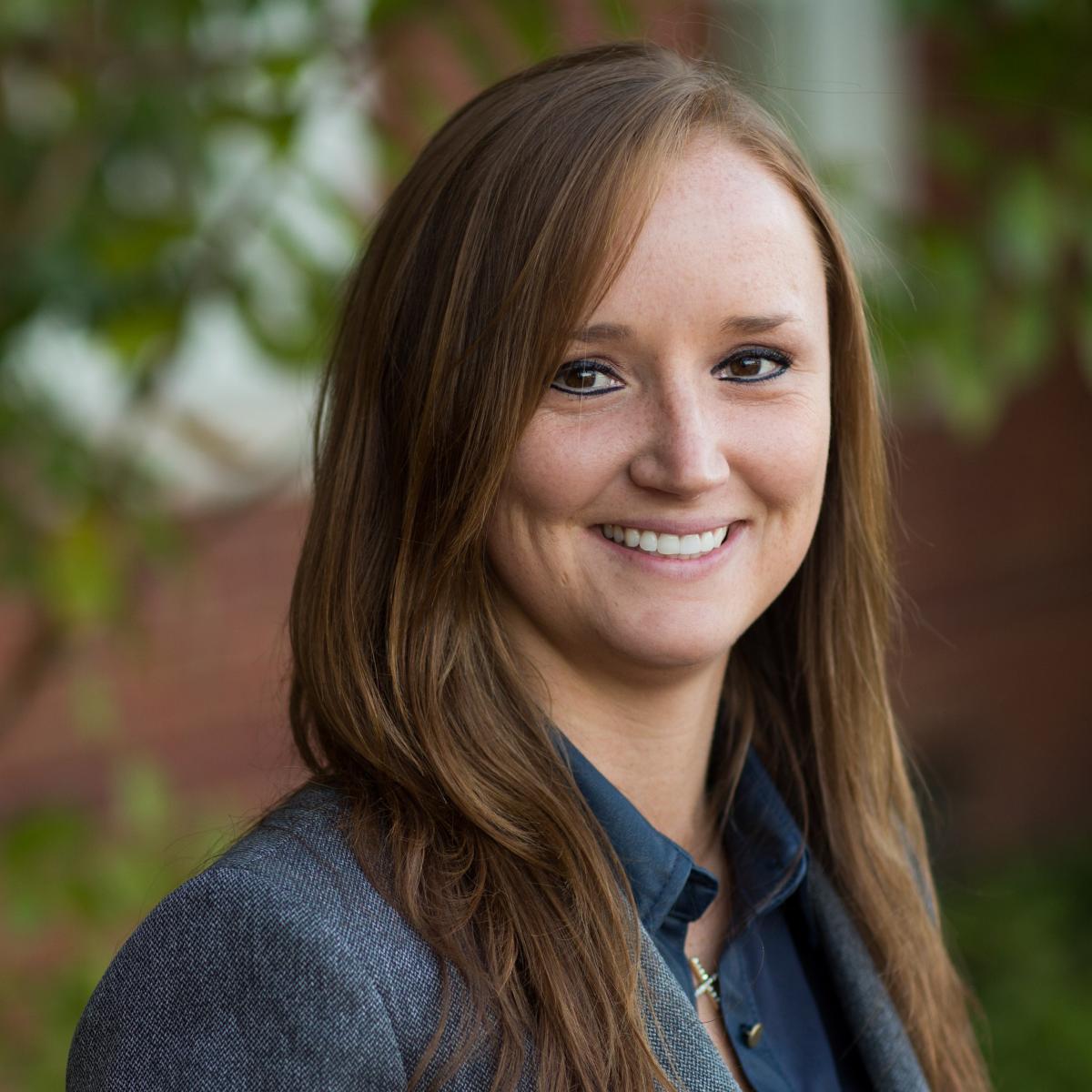 Brittany began her career at Smith Shellnut as an Operations Specialist in February 2013. In 2020, Brittany earned the CFP® certification and is responsible for preparing, monitoring, and updating comprehensive financial plans that are unique to each client’s needs through the use of in-depth analysis and collaboration with other financial professionals. In addition to providing financial planning services, Brittany’s duties also include reconciling SSW’s core accounting system, facilitating execution and settlement of fixed income trades, and processing monthly and quarterly client reports.  Brittany received a B.S. in Mathematics and an M.Ed from Delta State University. 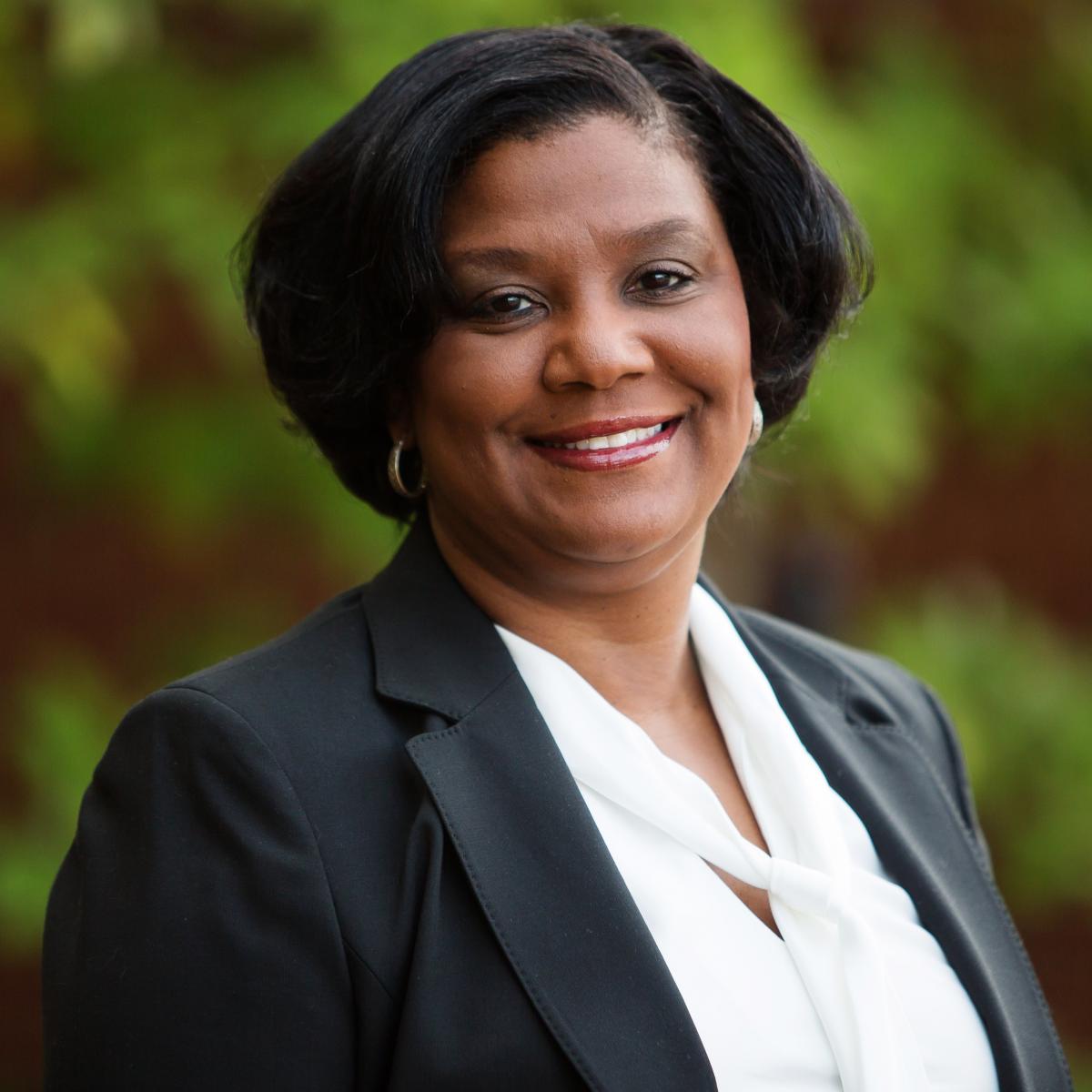 Prior to joining Smith Shellnut in January 2014, Belinda Arnold Fields was employed in the financial services industry for more than 27 years.  Her investment career began with Deposit Guaranty National Bank where she was Federal Funds Trader and Money Desk Manager, servicing corporate clients and community banks, while transacting federal funds, repurchase agreements, and securities lending with national and international banking institutions.  Belinda joined the organizing team of BancorpSouth Investment Services, and became a licensed general securities representative and municipal bond principal.  As a Vice- President, she served as the fixed-income securities trader for the six-state sales force of that company for 10 years.    Belinda also has more than four years’ experience in cash management services.   An honor graduate, Belinda holds both a B.B.A. in Banking and Finance and an M.B.A. from Mississippi State University. 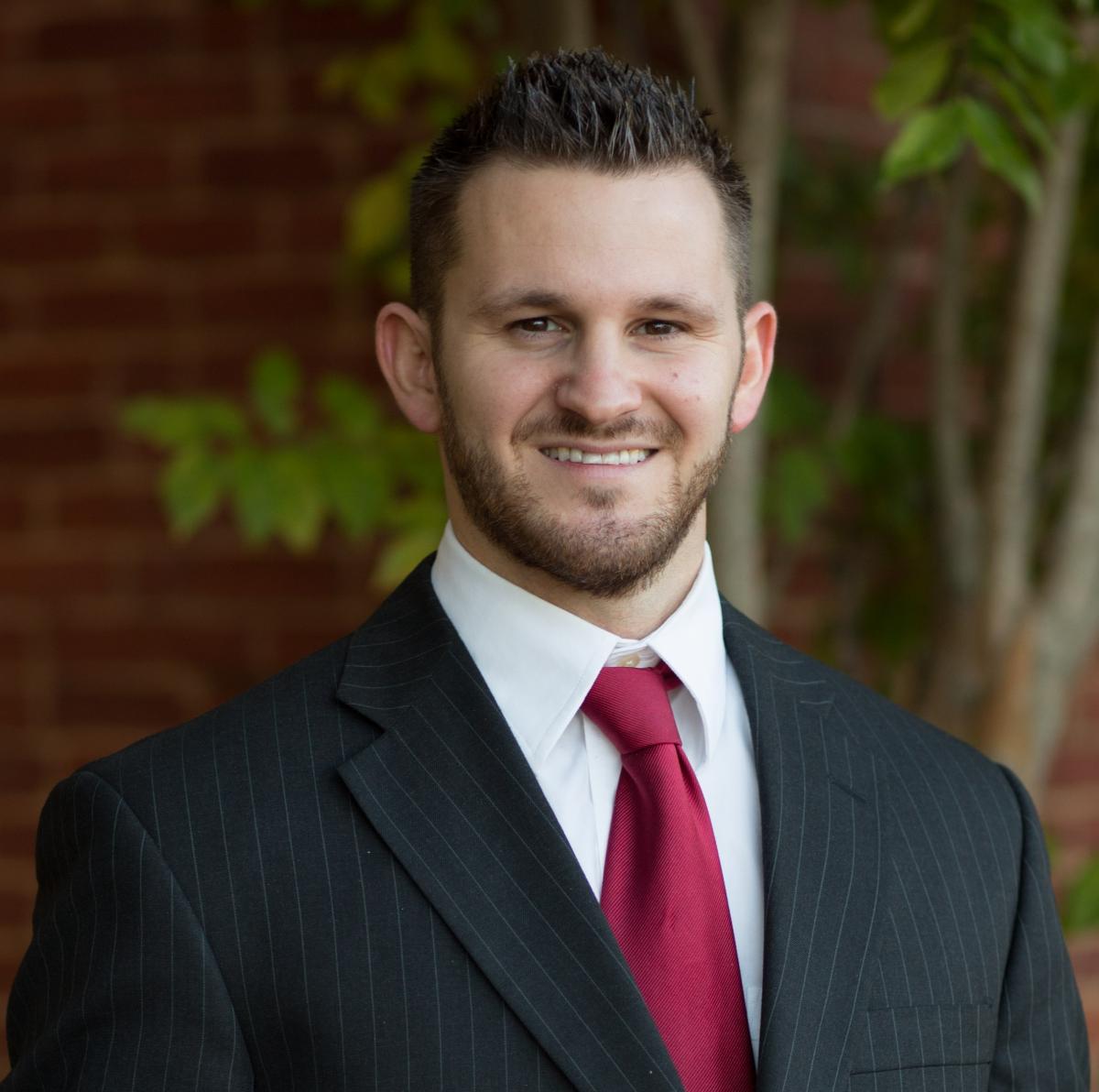 Brian began his career at Smith Shellnut as a portfolio analyst in 2006. He currently serves as an investment analyst and handles investment management duties for bank and non-bank portfolios.  His responsibilities include research and portfolio analytics with a specific focus on municipal credit, as well as overseeing SSW’s core accounting system, trade flow and order management.  Brian received his B.S. in Business Administration with an emphasis in Finance from Mississippi College. 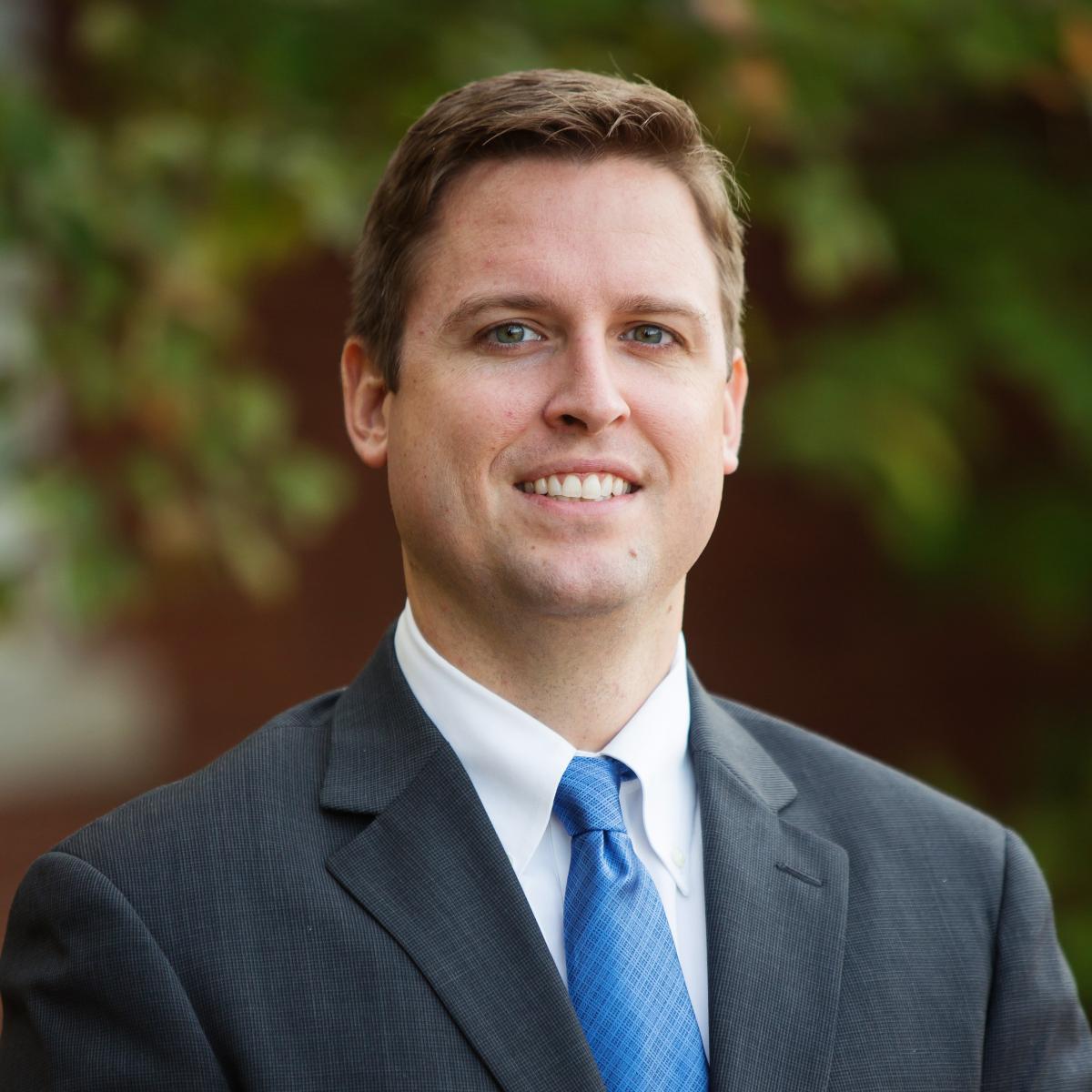 Michael began his career at Smith Shellnut as a portfolio analyst in 2007.  Since then, he has taken on the additional roles of Chief Technology Officer and Director of the Internship Program.  He uses his skillset to create value, maximize growth and improve the business performance of our clients. His background includes analysis of Collateralized Debt Obligations, fixed income portfolios and municipal bonds.  Michael studied business at HKBU in Hong Kong, received a B.S. in Business Administration from Mississippi College and an M.B.A. from the Else School of Management at Millsaps College.  Michael is a member of the Investment Adviser Association. 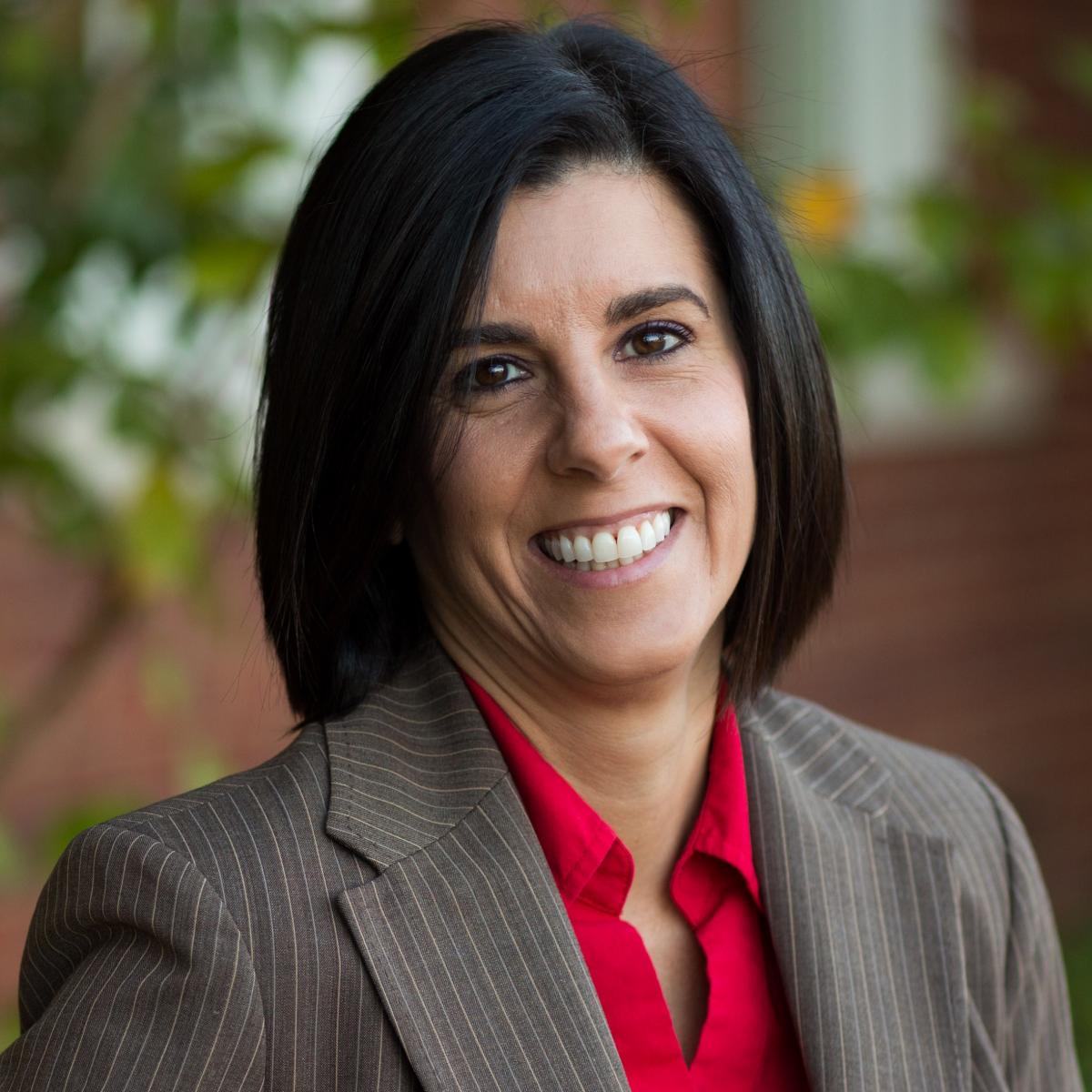 Sherri joined Smith Shellnut in 2006 and currently serves as an administrative assistant providing clerical and analytical support for the investment department. Prior to joining SSW she was employed as a real estate paralegal in Syracuse, New York.  Sherri is committed to superior customer service and her many years of administrative experience make her a valuable asset to SSW. 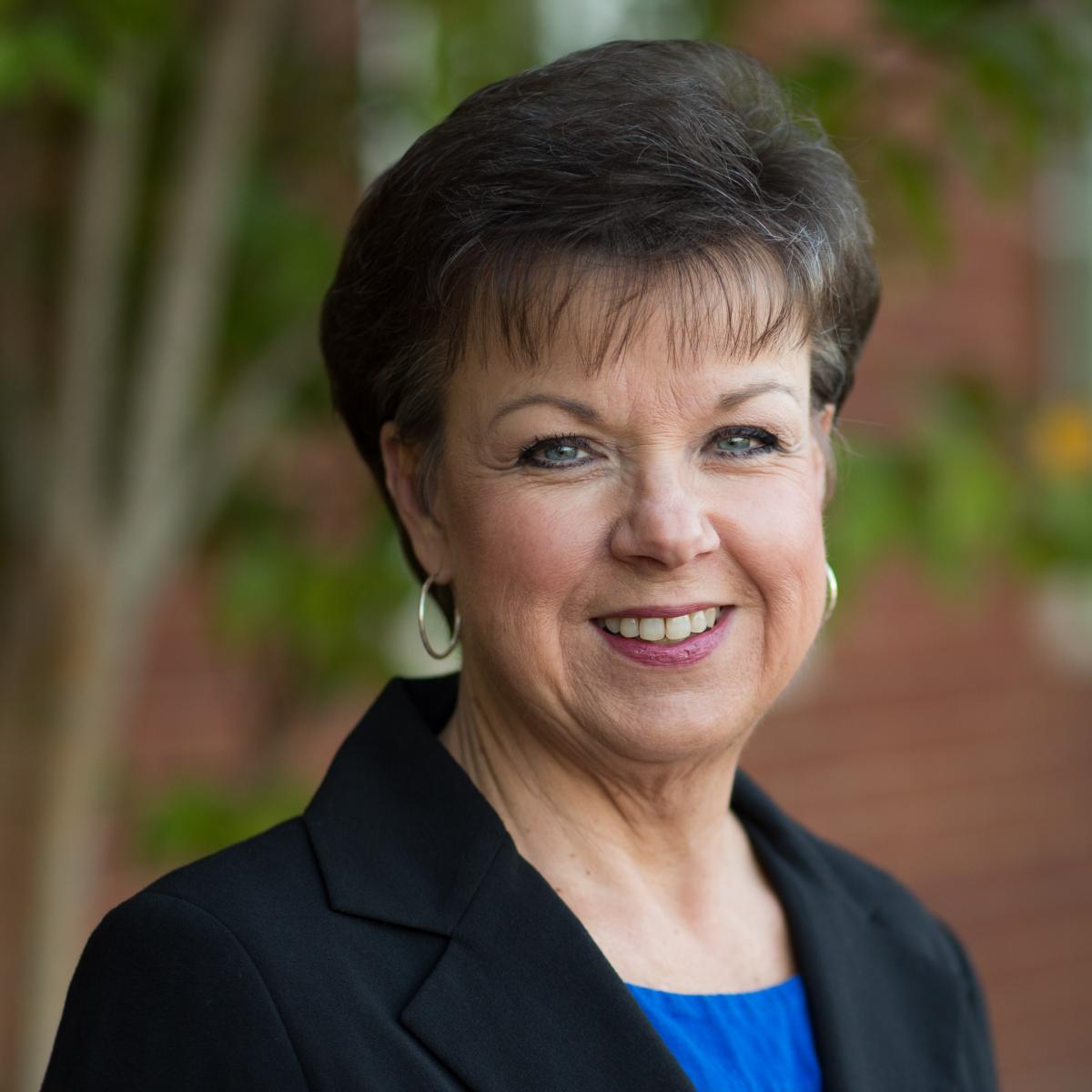 Lynn joined Smith Shellnut Wilson in 2005. Prior to her association with Smith Shellnut, Lynn was employed with Guaranty Bank & Trust Company in Belzoni, Mississippi for 26 years, where her most recent position was Assistant Vice President and Operations Manager. While at the bank, Lynn held positions in Operations Management & Processing for all branches, Teller Supervision and Loan Administration.  Lynn has a wealth of operational experience in a financial setting. Lynn is currently responsible for the daily operational needs of our non-bank, high net-worth and retirement plan clients. Lynn is a graduate of the Mississippi School of Banking at the University of Mississippi. 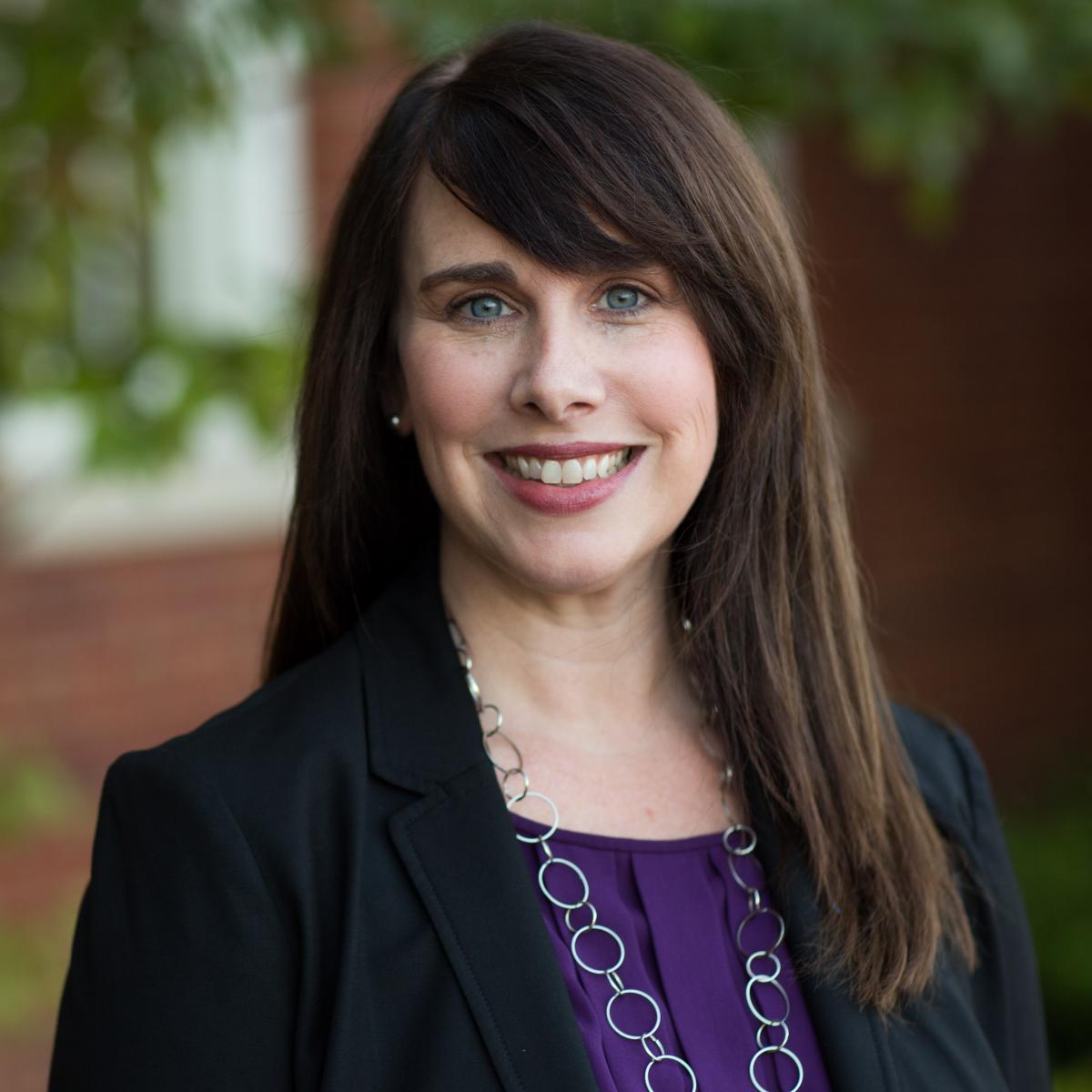 Brandy joined Smith Shellnut Wilson in 2008.  Prior to her association with Smith Shellnut, Brandy was employed with Heritage Banking Group where she was the Administrative Officer primarily responsible for Asset / Liability Management, Financial Reporting, Product Development and Budget.  She also worked as the Interest Rate Risk Manager for Trustmark National Bank, where she supervised ALM and FTP analytics in the Treasury Administration Division.  Brandy also worked in the Corporate Planning Division, which dealt with Strategic Planning, Mergers and Acquisitions, and Investor Relations.   Brandy received a B.B.A. in Managerial Finance from the University of Mississippi and an M.B.A. from Millsaps College. 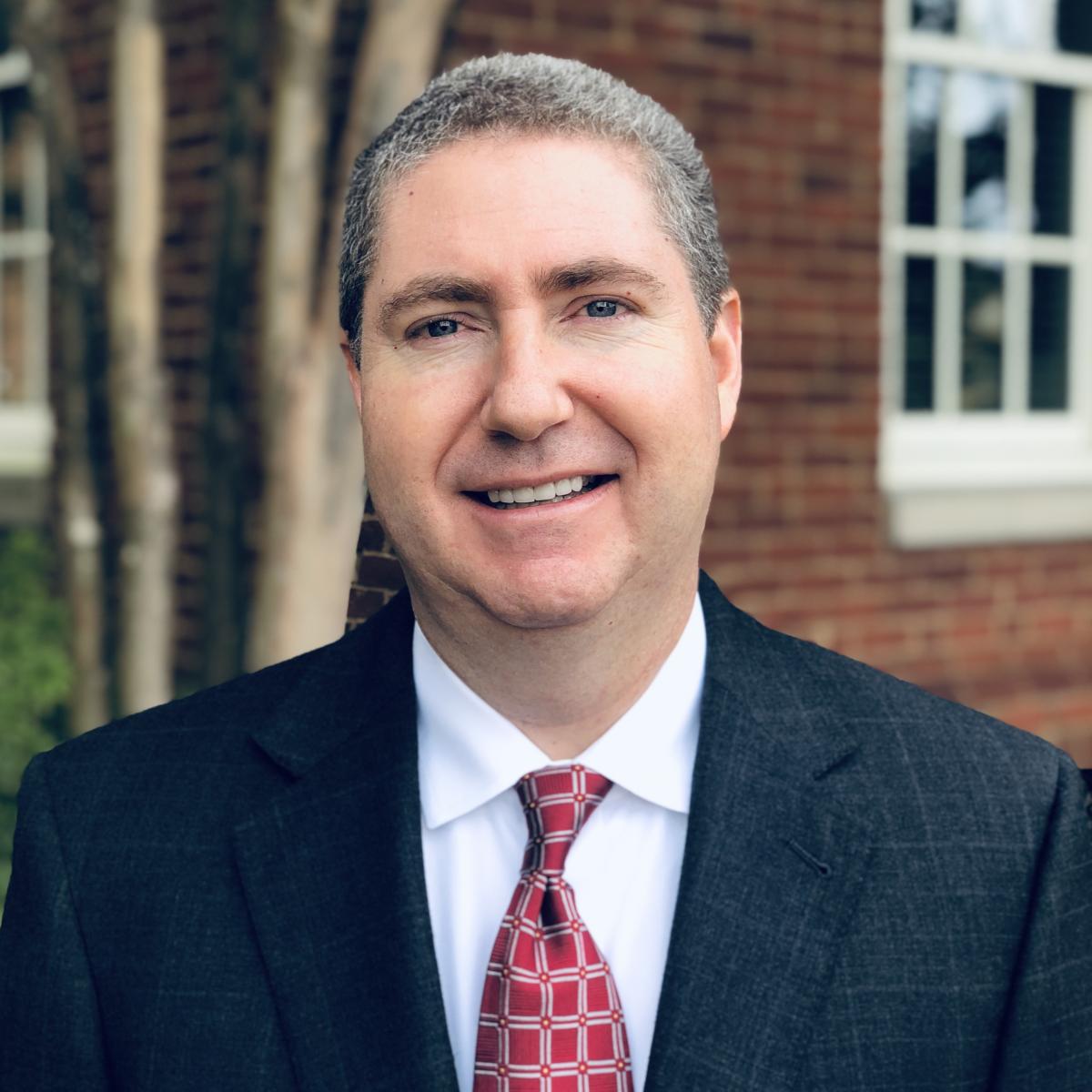 Dodd joined Smith Shellnut in June of 2019. Dodd spent 21 years working for investment banks, specializing in institutional fixed income portfolio management. Beginning in 1997, he joined Morgan Keegan & Co., Inc. as a portfolio strategist where he co-managed the fixed income research team, worked on the sales management team, and ran several product trading desks. In 2012, Dodd joined SunTrust Robinson Humphrey in Fixed Income where he was a Managing Director, managed the insurance and total return strategy group and served as a sales manager until 2018. Prior to joining Morgan Keegan & Co., Inc. in 1997, Dodd was a buy-side portfolio manager with Delta Life and Annuity Company in Memphis and also worked as an analyst in option-related strategies with Loomis, Sayles & Company. Dodd is a member of the CFA Society of Mississippi and is a past president of the CFA Society of Memphis. He holds the Chartered Financial Analyst designation and the Fellow, Life Management Institute designation. Dodd is a graduate of Millsaps College with a Bachelor of Business Administration in Accounting.